The Renaissance. The Rebirth. The Revenant. 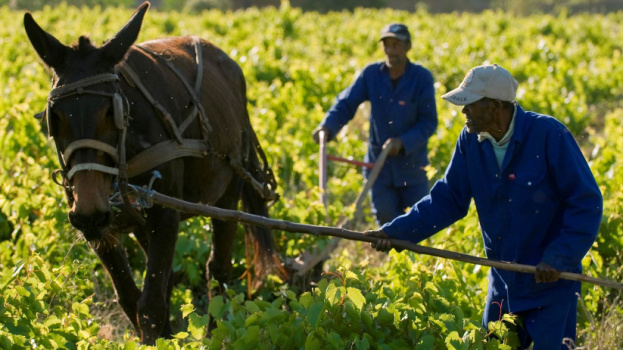 Blog
September 2, 2020 The Renaissance. The Rebirth. The Revenant.


Back in 1994, long before founding Waterkloof – his biodynamic vineyard overlooking False Bay – Paul Boutinot started a company named False Bay Vineyards in South Africa, seeking out and giving a new lease of life to the many old and under-appreciated vineyards in the coastal winelands. These treasures were otherwise destined to be lost in the large co-operative blends that still dominated South Africa’s wine industry back then.

Unusually for that time, Paul transformed those gems into wines with a minimum of intervention – for example, using wild yeast fermentations and no additions of enzymes, acid or powdered tannins. Back then he was swimming against the tide. More recently, there has been a global renaissance of a more natural approach to winemaking. However, even today, making wine this way at the price-level remains a rarity.

Made by False Bay Vineyards & Waterkloof Cellarmaster Nadia Langenegger, Revenant celebrates this rebirth of a traditional, more natural approach to winemaking, both in South Africa and internationally.

No grape variety has played a more central role in South Africa’s renaissance as a producer of world-class white wines than Chenin Blanc. Grapes from old vines, once lost in large co-operative blends, are now shining through in singular wines.

Revenant Chenin Blanc is one such example, made from 30+ year old bush vines planted approximately 20km from False Bay in Stellenbosch. These grapes bring fantastic weight, complexity and length to the blend, which is further enlivened with the addition of some wine from younger vines on the cooler, windswept slopes of Waterkloof. Despite the vines being younger here, the yields are actually lower than the old vine vineyard further inland and thus, do no lack in concentration. Meanwhile, being so exposed to the ocean and wind, this coastal component from Waterkloof contributes a beautiful acidity and saline quality to Revenant.

A variety of yellow fruits and limes can be picked up on the nose with a touch of cumin. The palate shows a fresh acidity with a lingering mouthfeel – an effortlessly balanced wine.

The majority of South Africa’s longest-lived red wines to date have involved Cabernet Sauvignon. The region most synonymous with the grape variety is Stellenbosch.

The Revenant Cabernet Sauvignon vineyards are situated in the cooler, coastal areas of Stellenbosch overlooking False Bay. The vines are between 15 and 45 years old. These mature and old vines grown on cooler coastal sites give up elegant, refined wine with notable structure and the potential to age gracefully.

This wine is complex, stylish and elegant. Aromas of dark chocolate, pencil shavings and black currant are prominent on the nose. The tannins are soft, but still give a lovely structure on the palate.

We do not add any acid, enzymes, commercial yeast or powdered tannins during the winemaking process, nor do we fine the wines, with only a light filtration and a small addition of sulphur added as a preservative prior to bottling.